An archive of my ever expanding book and print collection

Last Thursday was the beginning of a busy weekend for art lovers in London as the art-world descended on the city for the Frieze art fair. Whilst the fair got under way in Regents park, galleries all over London opened new shows. Top of my list was the M/M Paris exhibition at Gallery Libby Sellers. It had been six years since M/M Paris last exhibited in London, so this was a long overdue opportunity to see their work up close and in the flesh. For this exhibition, Carpetalogue, M/M Paris recreated four of their works as enormous hand made carpets. The carpets took their designs from a variety of sources in the M/M Paris archive including their icon The Agent, pages from a sketch book and a Givenchy invite. The carpets were presented like pages of a book on multicoloured wooden frames (the weight of the carpets was so great that the frames needed some unexpected reinforcement to cope with them).

In addition to the carpets, M/M Paris were also launching their new retrospective monograph The M to M of M/M Paris. Both Mathias and Michaël were on hand to sign copies of this and a selection of their other books, including two new limited edition books, Slatur and The Givenchy Files (which I will post about later). For those of you in London you can visit a pop-up shop in the gallery where you can buy a wide range of new and hard to find books and objects from M/M Paris, for those of you around the world you can buy direct from M/M Paris here. 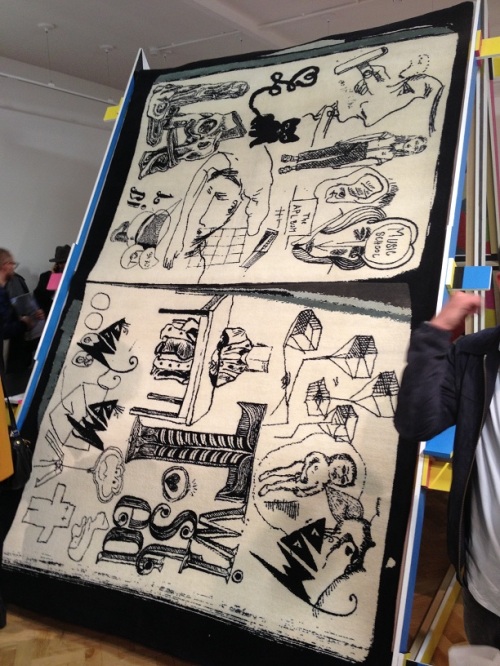 The back of the carpet and the frame

Pop-up shop to fulfil all your M/M Paris desires

By now you will no doubt know that I like Mat Collishaw’s Insecticide series. As part of the London 2012 cultural festival that surrounds the Olympics, Collishaw has teamed up with UK designer Matthew Williamson to reinterpret one of his Insecticide images which can be seen here. To tie in with this, I thought I would post the final installment of my Insecticide collection. Here is Insecticide 28, a print I recently bought from Mat Collishaw. I believe this is one of his more recent images in the series, it is not documented in the Insecticides catalogue I recently posted. To find out more about this body of work click here for a full run down of all my Collishaw posts to date.

For issue 59, Visionaire collaborated with Inez Van Lamsweerde & Vinoodh Matadin to create a mini library of childrens books entitled Fairytale. Together, they recruited and paired up artists from music (Bjork), fashion (Viktor & Rolf) , literature (Cecily von Ziegesar and Stéphanie Cohen Chaptal), art (Richard Phillips, Douglas Gordon and John Baldessari) and film (James Franco and Kirsten Dunst) to come up with eleven books with themes that ranged from the traditional to the surreal. In addition, each book used a different technique to add another dimension; the book by Bjork, Sjon, M/M Paris and Gabriela Fridriksdottir played a new track by Bjork (The Comet Song from the Moomins movie) as you flicked through the pages, Viktor & Rolf used glow in the dark ink and Pierre Huyghe and Mario Bellantin created a scratch and sniff book. Other unique touches included holograms, flocking, foil stamping and lenticular images. The collection was held together by a black patent leather traditional bookstrap and produced in an edition of 4000 copies. A portion of the proceeds from this issue went towards funding scholarships for the Blue School, a not-for-profit creative elementary school in New York. 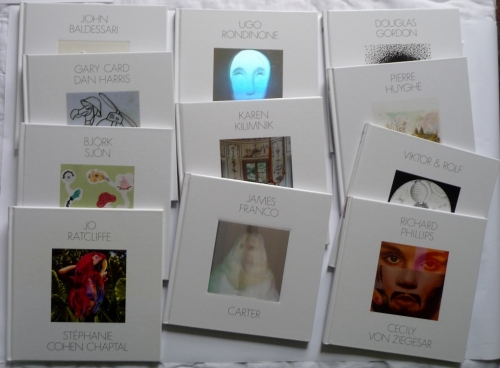 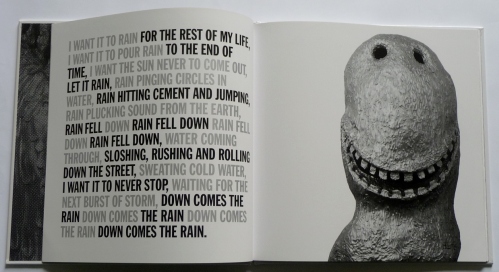 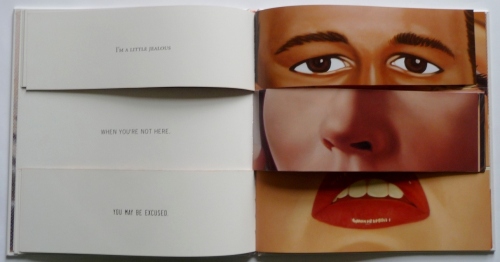 For issue 46, Visionaire pushed the boundaries of both how they presented artwork and also the nature of the content. Mario Testino curated a whole issue dedicated to sex in contemporary art and as such, the issue came with a warning for the easily offended. Housed inside a silkscreened perspex case, the hardback book contained works by a wide range of artists including Tracey Emin, Jeff Burton, Marlene Dumas, Cecily Brown, Vik Muniz, Angus Fairhurst and Testino himself. To add to the sensory nature of the issue many of the works were uniquely presented on tactile inserts of latex, flocked paper, 35mm film and butcher paper and used techniques such as embroidery, embossing, laser cutting and pinpricking. In addition to the works in the book, there is a portfolio in the back that contains 5 previously unpublished original prints by Testino along with swatches from supermodel Gisele Bundchen’s bedsheets and male supermodel Jetzel Padilla’s underwear. The issue was produced in an edition of 2500, below are some of the less graphic images in the issue but caution should still be applied if viewing at work! 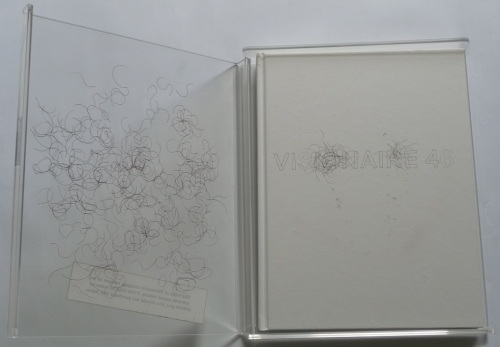 END_OF_DOCUMENT_TOKEN_TO_BE_REPLACED

For issue 49, Visionaire took us on a trip through time from the 1880’s to the present day. Housed inside a huge embossed metallic clamshell case were thirteen foilstamped 18″x14″ sewn portfolios each created by a different artist to embody their assigned decade. The roster of artists included regular contributors Mats Gustafson, Karl Lagerfeld, Nick Knight, Bruce Weber and Lamsweerde & Matadin, each taking a unique and distinct approach to the project; Bruce Weber created a tribute to the soliders of WWII, Mario Testino took images of himself from the 70’s and created colourful montages and Steven Meisel gave us a scrap book of outtakes from numerous projects in the 80’s  The issue was produced in an issue of 4000 and is no longer available direct from Visionaire but can still be found in online bookstores. 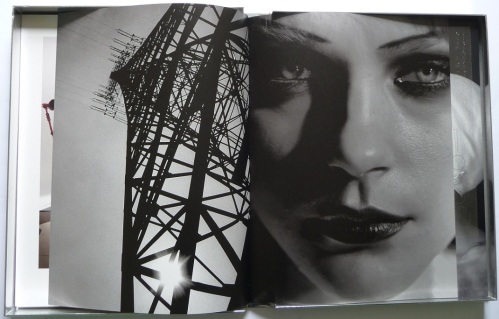 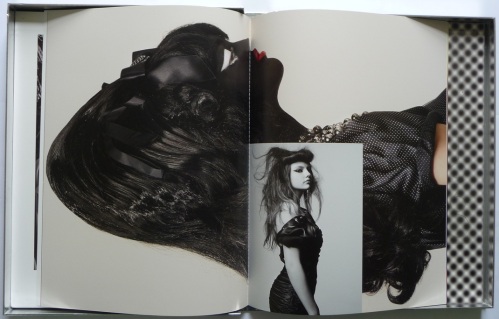 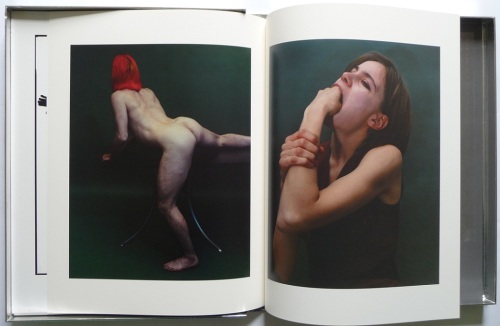 In 1996, Visionaire released one of their most creatively adventurous and expensively made issues to date, Gold (sometimes mistakenly called Sun Beams). In this issue a wide variety of techniques were used to convey the theme, including holograms, foil stamping, origami, sculpture, gilding and embossing. The collection of loose leaf works came housed in a box designed by Greg Foley which had a hologram at its centre. Opening the box you were greeted by a gilded halo designed by Todd Oldham and a small booklet entitled Midas Touch which included foil stamped fingerprints of fashion’s most famous (Azzedine Alaia and Linda Evangelista to name just two). Exploring further, there were a collection of gold stars on multiple pages of vellum by Philip Taaffe as well as works by Francois Berthoud, Mats Gustafson, Jean Paul-Goude and Andy Warhol. There was also a gatefold tribute to Goldfinger and a booklet by Lamsweerde and Matadin that featured gold stamping over four-colour prints. The issue was limited to 2,500 copies, which at the time was a significant leap in number for Visionaire. Unsurprisingly this issue is hard to come by and has increased considerably in value! 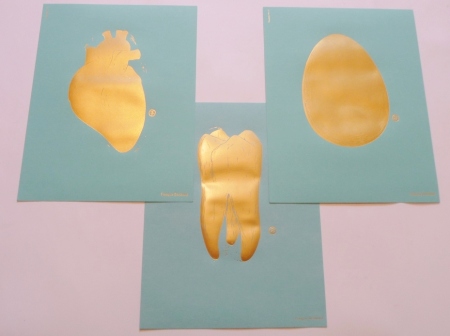 In issue 43, Visionaire turned dreams in to reality. Using the latest precision laser cutting techniques, ethereal images from some of the worlds foremost artists, such as Maurizio Cattelan, Lamsweerde and Matadin, Rachel Whiteread, Simon Periton, Karl Lagerfeld and Mario Sorrenti, were burnt into black paper; in effect, this whole issue was printed without ink. Each loose leaf image is protected in it’s own colourful metallic page within a hardback book which is housed in a laser cut slipcase, in itself is a work of art. Many of the images can be enjoyed in the book but some really come to life when they are held up to the light against a white background. The issue was limited to 1500 copies, a small print run for Visionaire, and as such is hard to find. 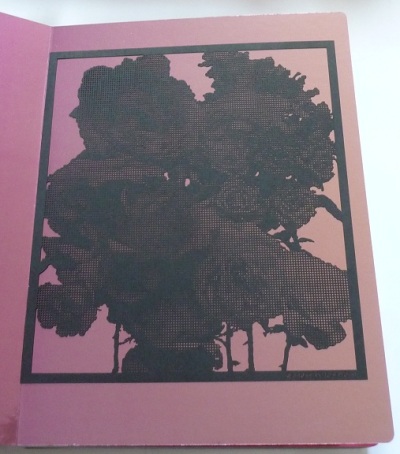 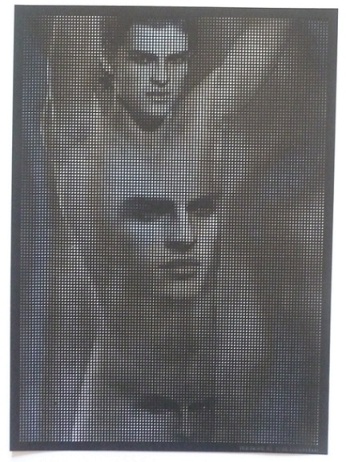 Following the tragic death of Alexander McQueen in 2010, long time collaborators Visionaire dedicated a whole issue to his genius. Inside a satin covered case, embellished with metal brocade from the S/S10 collection, are a selection of images created by some of the most respected artists in the art and fashion world such as Lamsweerde and Matadin, Mert and Marcus, Mario Testino, Steven Klein and Nick Knight. Some of the images included are reproduced from previous issues McQueen collaborated on, such as the lenticular cover for Visionaire 27 of Kate Moss on a swing. The remaining images are printed on paper embedded with wildflower seeds so that if you were crazy enough to plant the pages and water them, the pages would blossom. The issue was limited to just 1500 copies, one of the smallest print runs Visionaire does, and sold out immediately. 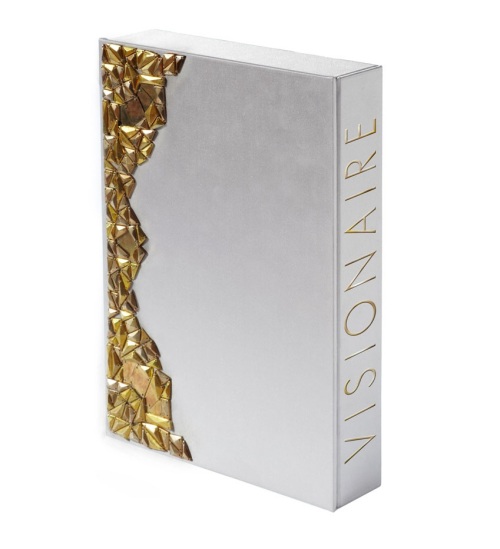 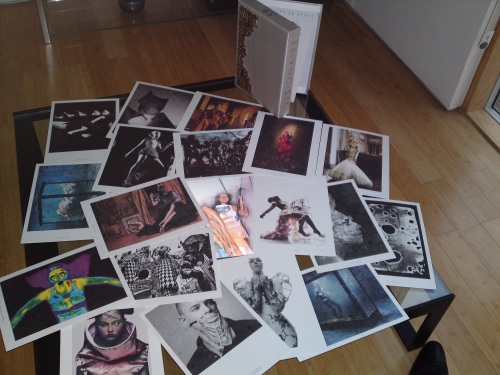 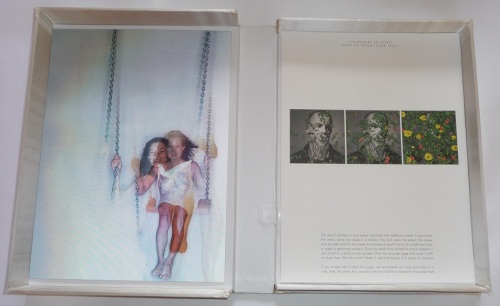 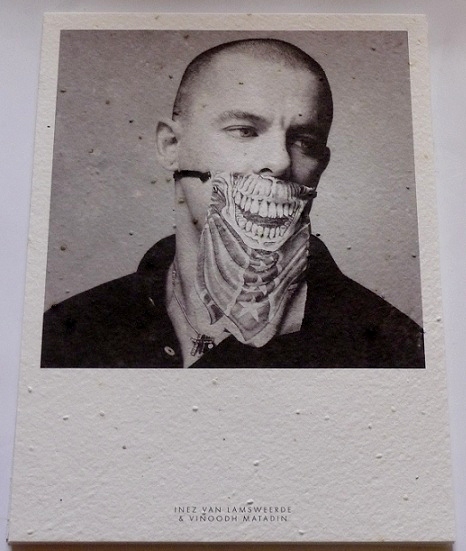 Jean-Paul Goude recently had a career retrospective exhibition at Les Arts Decoratifs that cemented his reputation as a photographer, illustrator, graphic designer and creative director. He began his career in the 60’s working as an illustrator for Printemps department stores before quickly progressing to become the art director for Esquire magazine in 1970. From here his fame and notoriety for creating groundbreaking imagery grew; he produced some of the most iconic and memorable editorial and commercial images of the 70’s and 80’s, including his unforgettable work with Grace Jones.

In 1983, he published Jungle Fever, a pictorial autobiography of his career to date. In the book, Goude divides his work in to chapters that show a clear progression in his work; sketches, works in progress and mock-ups are shown alongside the finished images to show how the image developed from concept to reality. Accompanying each chapter is an essay that describes the ideas behind the projects and also gives brief insights in to how his personal life and beliefs informed his work. The book clearly documents Goude’s interest in New York’s nightlife and the characters associated with it at a time when disco and clubs such as Studio 54 exploded on to the scene; it also shows Goude’s obsession with the female form and his use of collage and post-production to accentuate or contort his subjects in to impossible poses. The largest section of the book is of course dedicated to his work with Grace Jones, here we see the development of their working and personal relationship and how they created images and stage shows that are still referenced (and often unashamedly appropriated) to this day.

Jungle Fever has since become a seminal book in the fashion and editorial world with many artists and perfomers referencing it as a key inspiration for their work. The book is out of print and highly collectible; I was lucky enough to meet Goude a few years ago and he inscribed my copy. 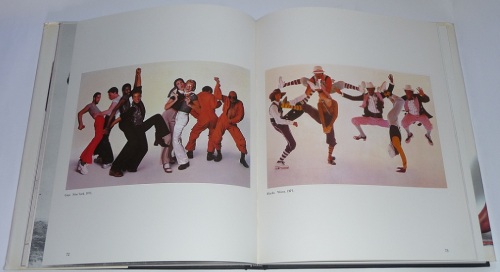 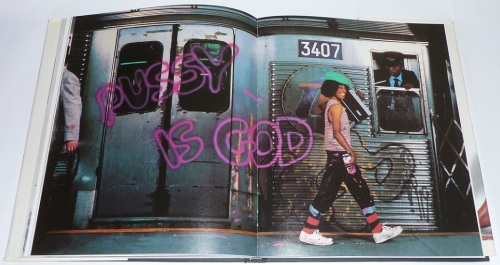 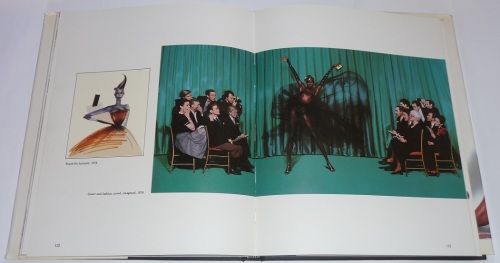 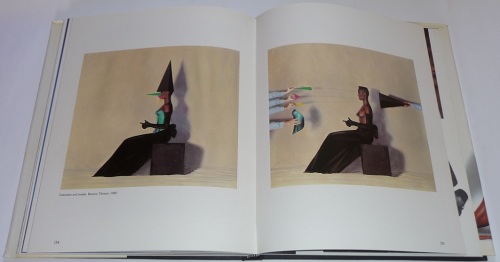 For their 26th issue, Visionaire presented the theme Fantasy in a custom made round box. For the cover, Inez Van Lamsweerde and Vinoodh Matadin photographed pieces created especially for the issue by Nicolas Ghesquiere, Viktor & Rolf and Jeremy Scott. Inside the box there was a  carnival mask made of Hermes fabric and a collection of unbound round artwork. As with all Visionaire issues, it brought together an incredible list of artists and designers including Gregory Crewdson, Tim Burton, Karl Lagerfeld, and in a section curated by Isabella Blow, Alexander McQueen, Givenchy and David LaChapelle. There are also a number of images by Mert Alas and Marcus Piggott (with Mert Alas being credited as Matt Alas, a possible print error). In an extra twist on the presentation, one of the cards (an iridescent pink peacock feather) came with instructions on how to convert the card in to a hat. 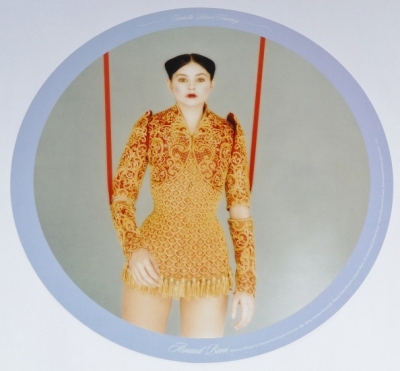 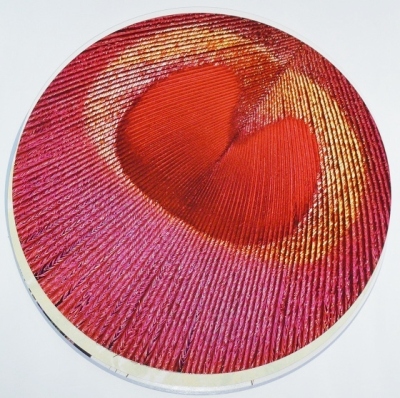